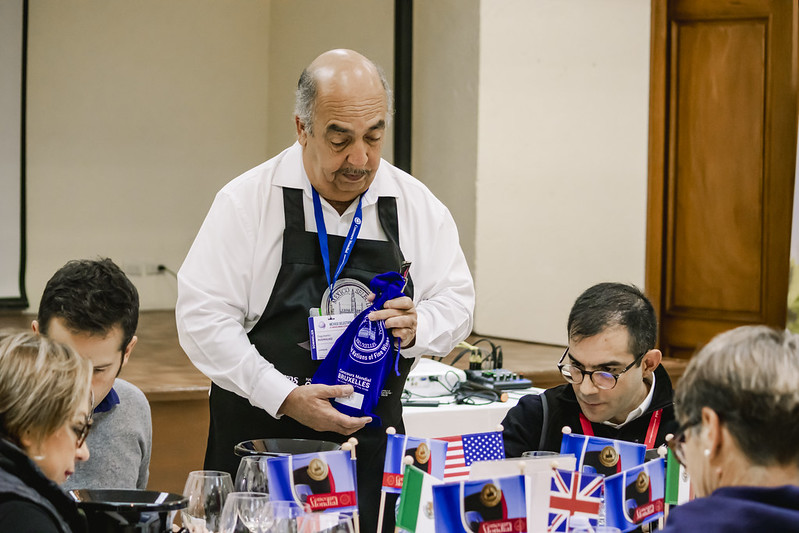 The results of México Selection 2022 are out 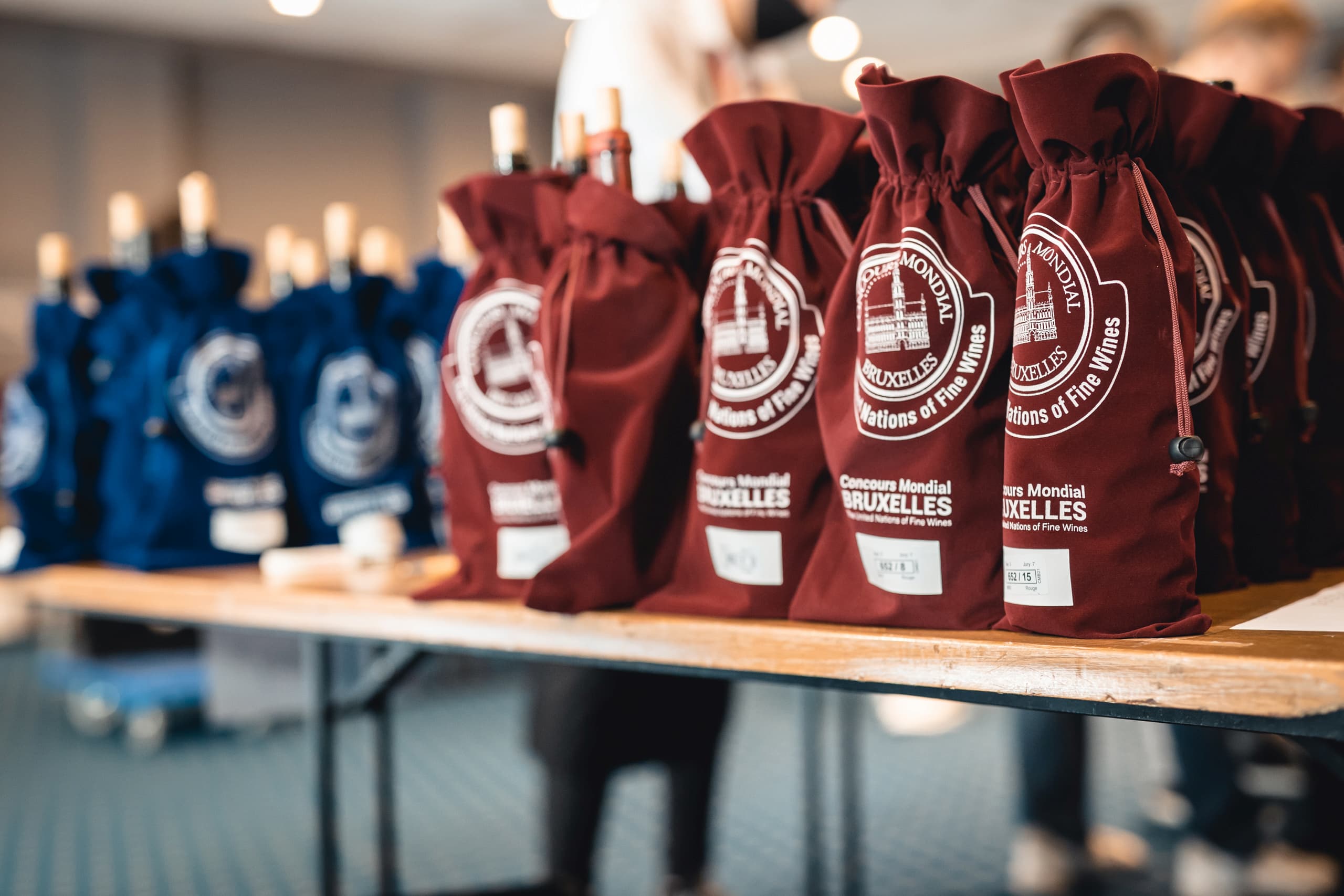 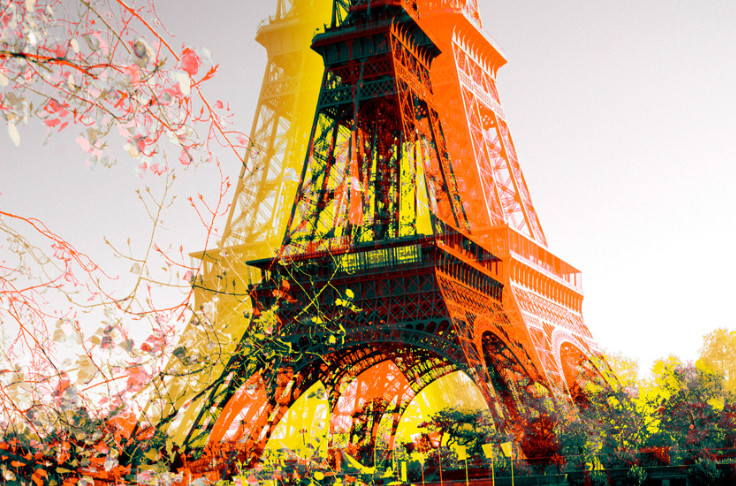 The future of sweet and fortified wines 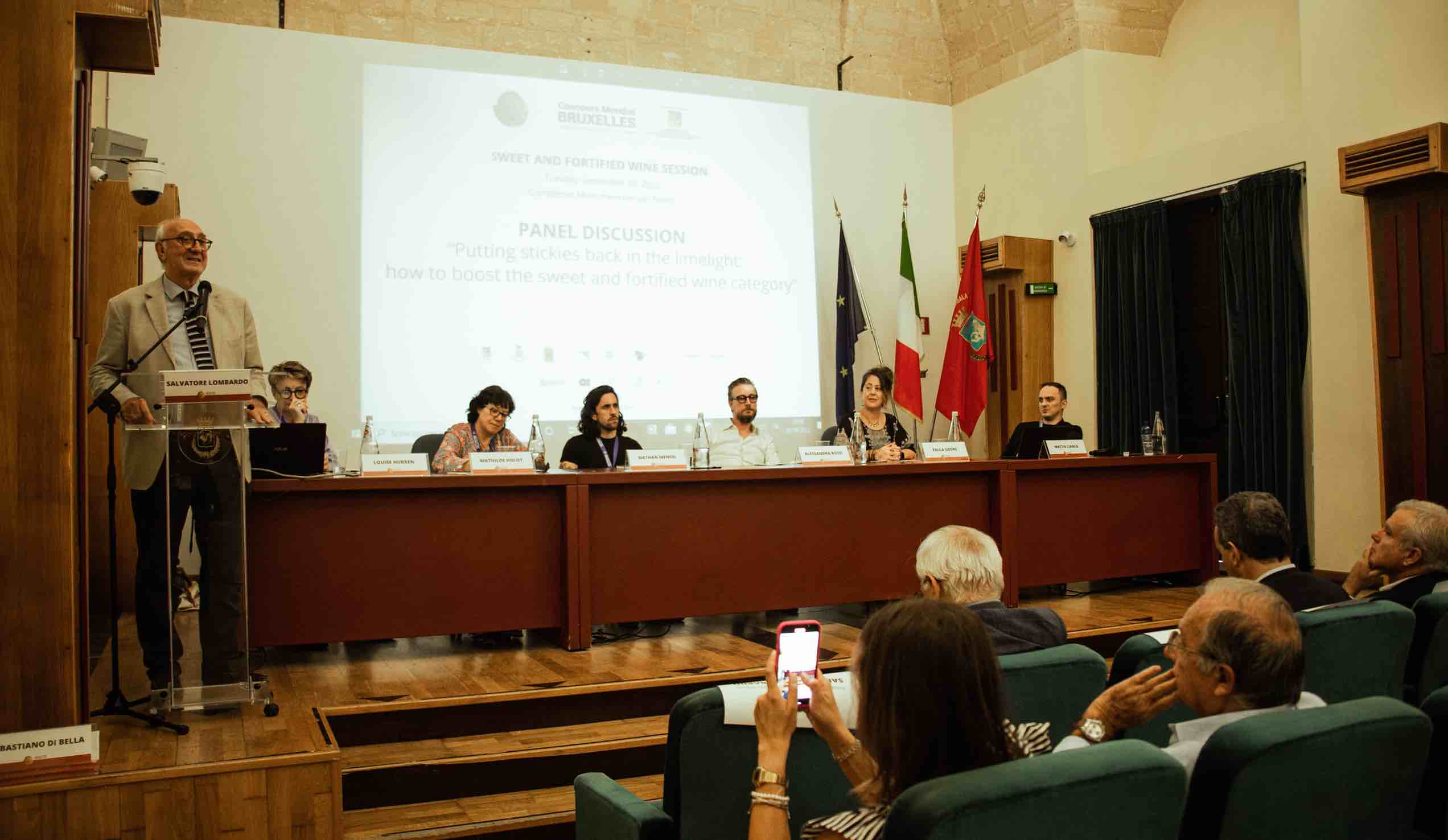 Creating debate around the sweet and fortified category

The aim of the Concours Mondial de Bruxelles Sweet and Fortified Wine Session is not only to reward excellence in sweet and fortified winemaking, but also to raise awareness and generate discussion about this category. Thus, a round table discussion was organised, featuring speakers from different countries and trade roles who shared their views on the topic with an audience of international judges, sponsors and hosts.

“Putting stickies back in the limelight: how to boost the sweet and fortified wine category” was moderated by Italian sommelier Alessandro Rossi (National Category Manager – Wine, Partesa srl), in recognition of the urgent need to preserve and promote sweet and fortified wines. The four panel speakers considered the traditional ways these historic products have been enjoyed, and discussed how they might be made more relevant for 21st century wine drinkers. Topics and ideas shared are summarised below.

The four round table panellists were:

Not all sweet wines are created equal

The 2022 Concours Mondial de Bruxelles Sweet and Fortified Session saw 525 entries from no less than 20 countries, including the usual suspects – Spain, Italy, France, Portugal, Austria, Germany, Hungary, Greece and Australia – who were solidly represented, along with submissions from origins as diverse as China and Chile, Mexico and Moldova, Ecuador and Armenia.

As the panel pointed out, almost every country that makes dry wine makes sweet ones too: the variety is astounding, as is the diversity of production methods. To put them all under the heading of sweet and fortified is misleading, as some are more difficult and costly to produce than others. Sauternes, Tokaj and Trockenbeerenauslese wines are made from nobly rotted grapes. Their production is costly and heavily dependent on nature, and comes with huge risks; in some years there is no crop. A suggestion was made, namely, to distinguish between botrytised wines, and other sweet wines.

Category with an image problem

A panel speaker reported that in France, wines with residual sugar are sometimes perceived as old-fashioned and unbalanced, making it difficult to recruit consumers to a category that is ageing.  Although Domaine Tariquet’s Premières Grives has helped democratise the consumption of sweet and simple wines, on the other hand it has linked the sweet wine production to a high volume, industrial, low-quality image that is detrimental.

Meanwhile, Sauternes producers have communicated widely about alternative ways of drinking their wines (eg. in cocktails, or with tonic water). Today’s cuisine is increasingly creative, and sommeliers have more freedom in their food and wine pairing. The world of mixology might hold some answers: examples were cited of vermouth and fortified wine tutorials and pairings organised with trade organisations and partner-restaurants, with the aim of modernising the image of certain fortified wines.

It was suggested that the complexity – and in some cases rarity – of these wines should be considered a strength rather than a weakness. “Knowledge is power, and when talking to the general public it becomes clear how little they know,” said one speaker. Consumers’ trust can be won by sharing basic information about origin and production, before moving on to more adventurous styles.

An important point was raised and reiterated by several panellists. By its very name, sweet wine is defined by its sugary attributes rather than for its aesthetic. A wine succeeds when marketed for what it is as a whole, rather than for just one element, so the focus needs to be put balance. It was felt that sweet wines should be defined by more than their sugar (eg. tradition, style, occasion) – “market the occasion, rather than the sugar.” By focusing on the style, consumers can be encouraged to understand and appreciate the tradition, and accept the sweetness as part of the package. The trick might be to get people to think beyond sugar: a need was perceived to communicate more about heritage, and less about residual sugar.

A plea was also made to move away from the term “dessert wine”, which was felt to do the category a disservice. Sweet wine should not be relegated to the end of a meal when appetites and palates are already sated. These wines can be enjoyed with starters and main courses, besides dessert. Some can make excellent aperitifs, or post-dinner drinks. One speaker underlined that within what is a niche market, the move should be towards making better quality wines, with better marketing and more emphasis on rarity and value.

The panelists discussed the role that wine tourism can play within a marketing strategy aimed at promoting sweet and fortified wines. It was agreed that when consumers have visited an area and learned about its climate and history, they are more likely to understand and in turn appreciate a particular style of wine.

One issue raised was the fact that the companies who can afford to undertake this kind of marketing activity are often those that make wines of industrial quality and quantity, which goes against the values of more modest-sized artisan estates. Accordingly, it was felt that trade bodies should showcase craft-driven wines in their wine tourism projects, with the emphasis firmly on tradition and history rather than sugar levels. While on the subject of regulatory bodies and their role, one suggestion was to train winegrowers in fortification techniques to keep the tradition alive (could subsidies be granted to encourage production?) and consider reducing the rules and regulations which can be dissuasive.

The UK marketing campaign undertaken by the regulatory council for sherry wines was cited as an example how this particular wine was repositioned as a more versatile option, moving away from its traditional image as a pre-meal drink.

A panellist revealed that he enjoyed creating food and wine pairings with unlikely matches, breaking down preconceived ideas and championing creativity: “While a fortified wine (oxidative or not) can be matched with a dessert or a blue or matured cheese, to smooth its passage to the dining table and really impress, you need a pairing with white meat or fish. The fat of the meat or the salinity of the fish would counterbalance and make a marvellous match with the right sweet or fortified wine.” Another speaker mentioned pairing aged auslese with braised ox cheeks, or spicy ribs or pork belly with spätlese, suggesting that sugar works much like salt in terms of food pairing.

Indeed, sweet and fortified wines can enhance food and wine combinations with their acidity, alcohol, glycerol and proteins to balance certain dishes. The tension between liquid and solid becomes more pronounced, and depending on the wine, extraordinary aromas, flavours and textures can add another dimension to the experience.

Single-serve and the on-trade

Panellists discussed the opportunity for on-trade outlets to sell wine by the glass: “Nowadays it is difficult to sell a bottle of sweet or fortified wine to diners unless they are wine geeks, so by-the-glass can be a viable strategy, provided it is backed up by the work of the sommelier, bartender or other staff member,” commented one.

Similarly, delivery systems like the Enomatic wine dispenser machine offer a variety of pour sizes, in self-service mode. Although such machines represent a significant financial investment, they allow  bars and restaurants to offer a variety of wines which can be kept for about three weeks. Speaker Nathan Menou explained that Le 5 Wine Bar carries an eclectic selection of sweet wines to help customers discover new selections. Each bottle is accompanied by a couple of lines of information about aromas, texture and intensity (on a scale of 1 to 3). More expensive/rare/prized bottles have technical notes and/or anecdotes to appeal to wine enthusiasts.

Speakers acknowledged that 50cl and 37.5cl glass bottles are well-suited to service at the dining table – and that certain formats have helped create the identity of specific regions – but why stop there? The idea was floated of using stoneware, terra cotta or even aluminium cans (currently making strides thanks to craft beer), challenging producers to combine tradition with modernity and tradition, and encouraging wine trade legislators to accompany this change.

In a similar vein, it was suggested that to appeal to a more modern audience, products need to be aligned with contemporary lifestyles, eg. wines that are easy (or easier) to drink, fruity, subtly spicy or floral, with less alcohol. The challenge is to evolve by proposing more modern profiles without destroying the identity that has made these wines world-famous in the first place. In terms of attracting consumers, it was observed that many new wine drinkers actually enjoy sweet wines before they move on to dryer styles – more engaged enthusiasts tend to equate dry with experience, or sweet wines with a lack of experience –  meaning that the problem is not recruiting drinkers to the category, but retaining them…